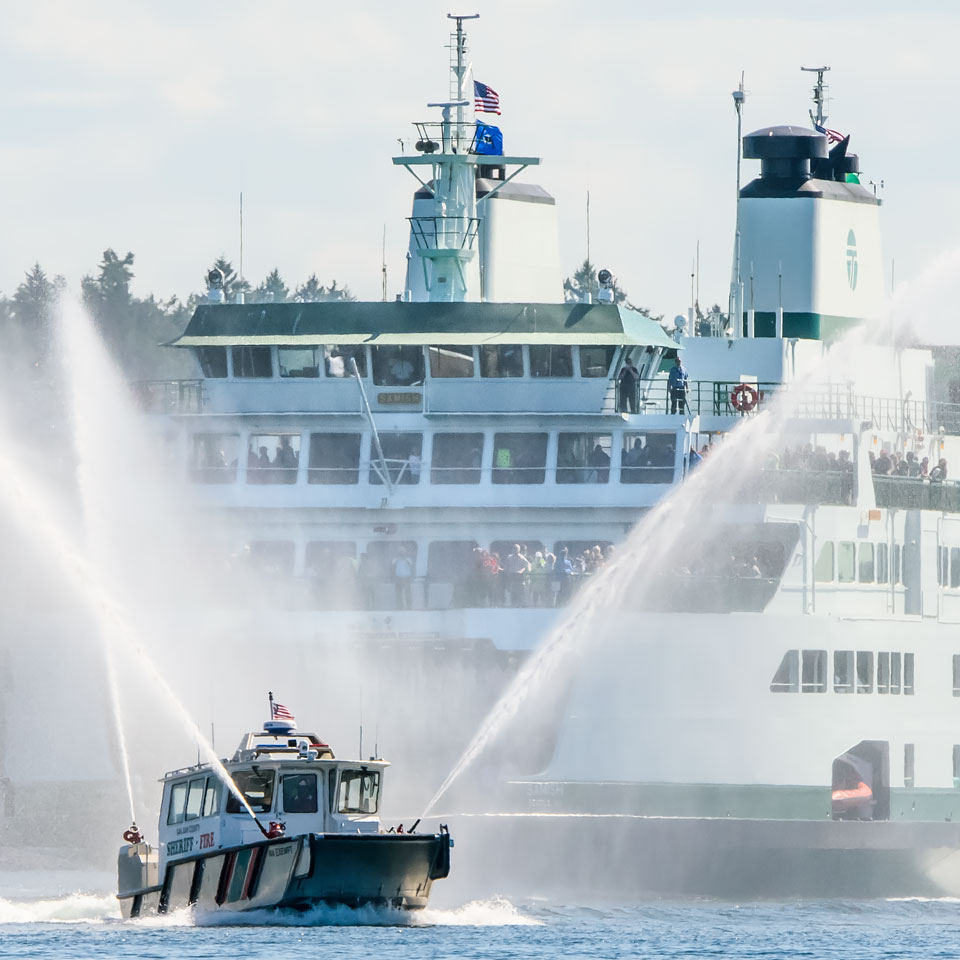 In this first post on Washington State ferries serving the San Juan Islands, I'd like to feature the newest addition to the fleet, the M/V Samish. The photo above and the next few, in fact, were all taken of the Samish on its official maiden voyage on June 14, 2015, as the ferry entered Friday Harbor. It was escorted into the harbor by Sentinel, the new fire boat of San Juan Island Fire District #3. 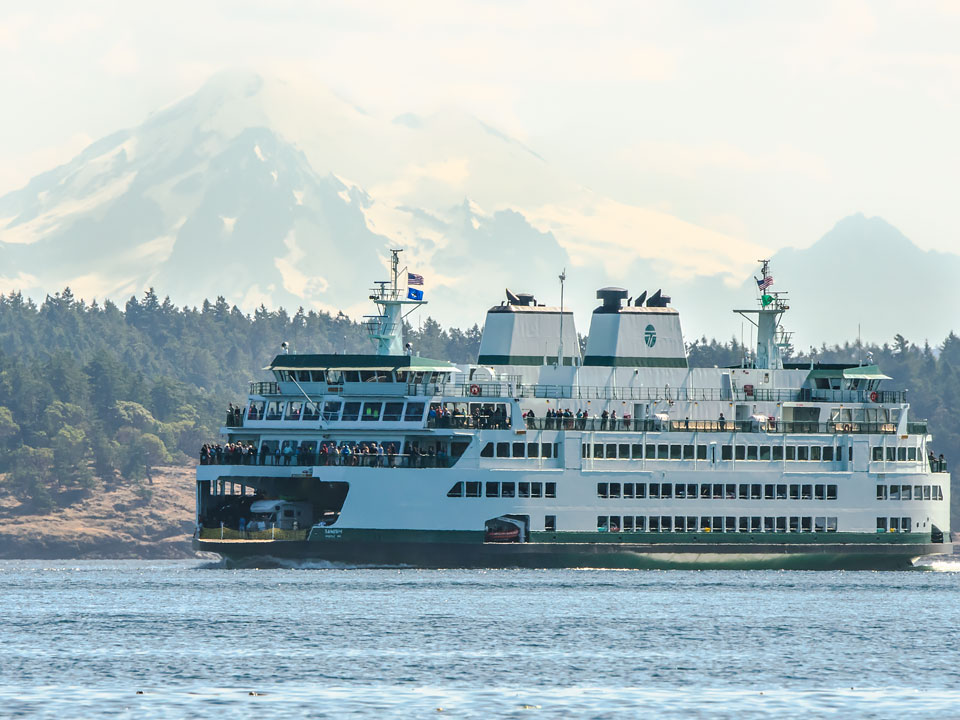 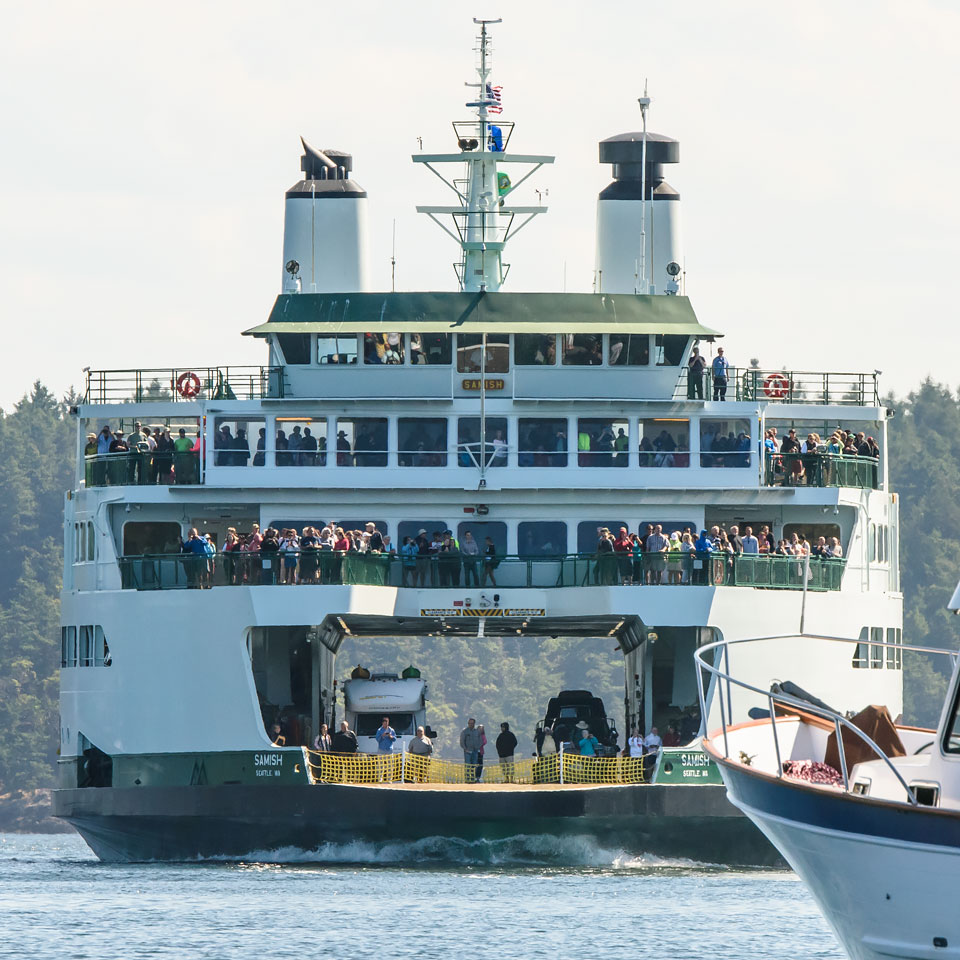 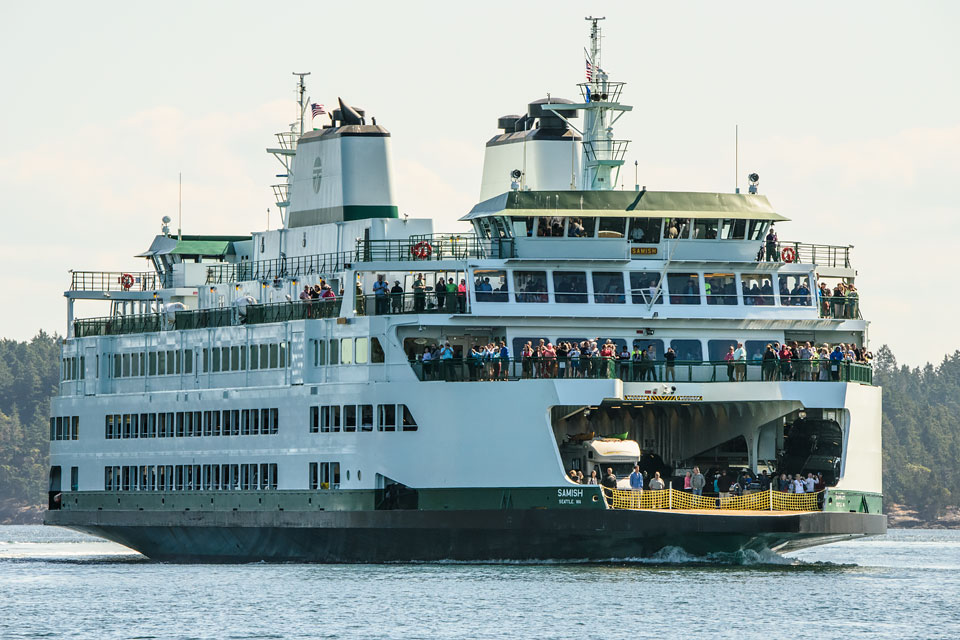 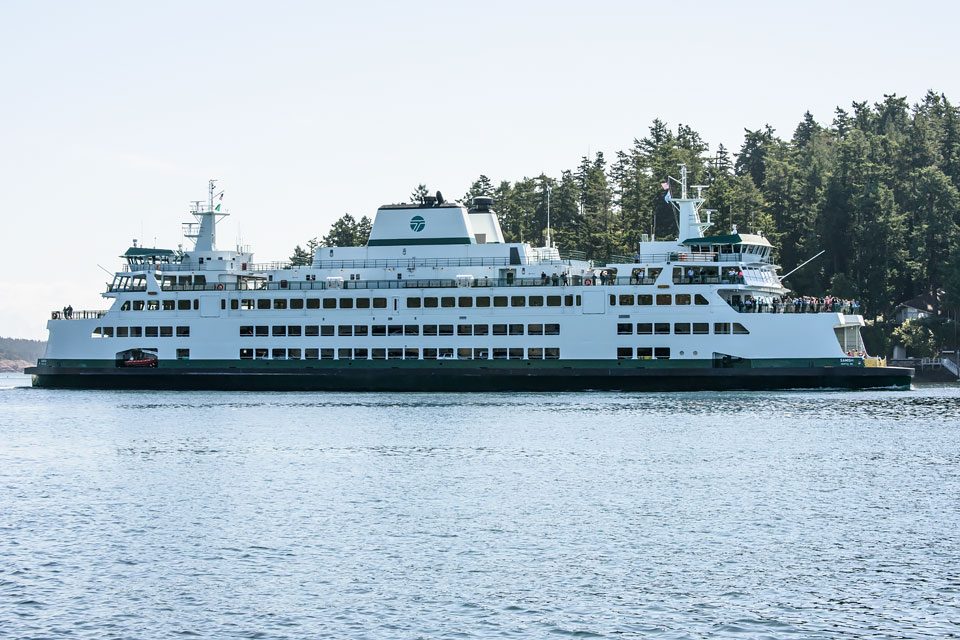 I must admit, I find the Samish a particularly handsome ferry. I love its stately lines. Here are a few shots of the ferry front as it rested at dock in Friday Harbor on September 24, 2015. 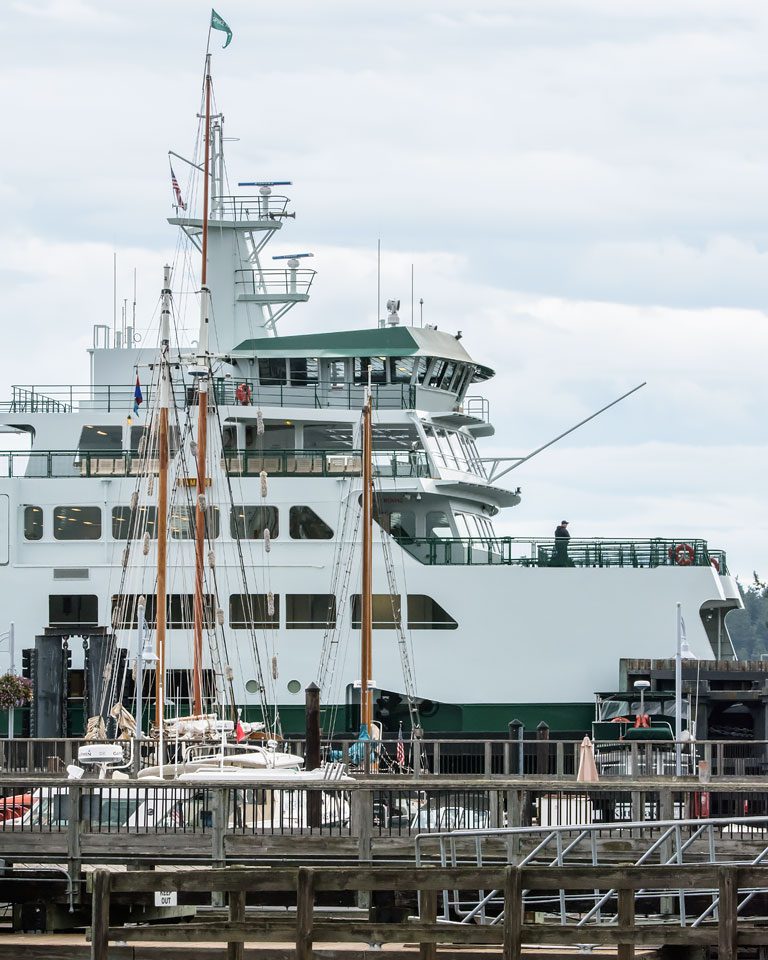 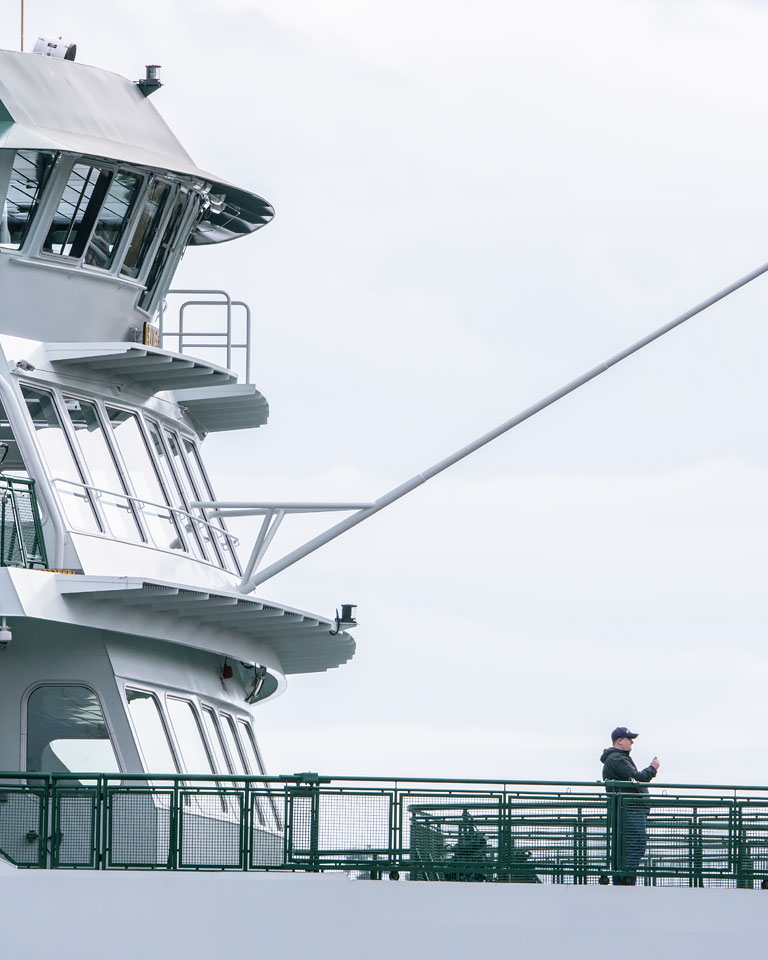 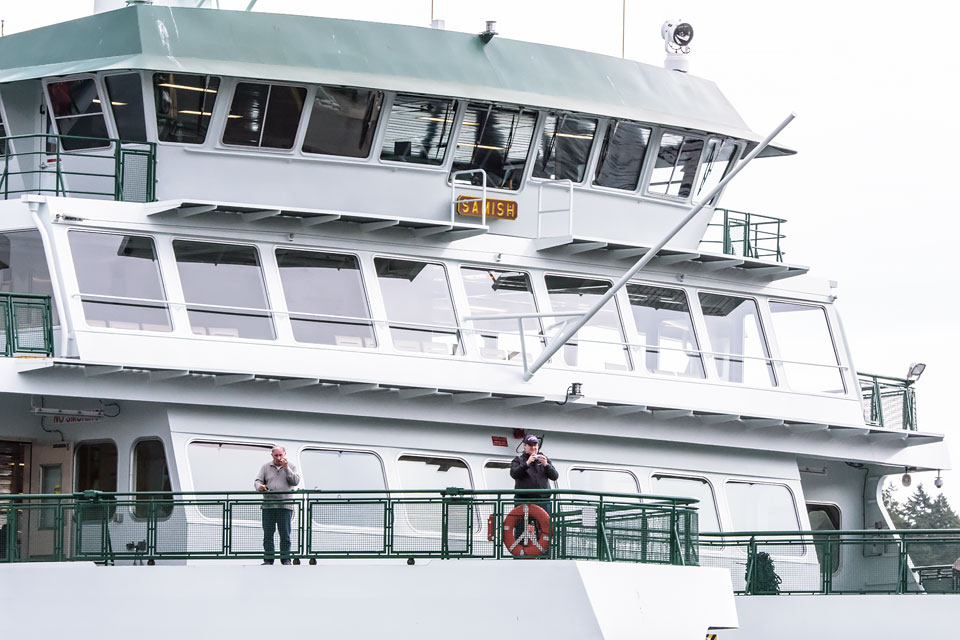 There's something especially magical about a night ferry. Here's the Samish arriving and docking at Friday Harbor on September 26, 2015, on the night of the full moon but one. I cheated a bit on the photo of the moon over the ferry: That's the exact size and position of the moon as it appeared, but to get the right exposure, I took a separate shot of it and pasted it in place. 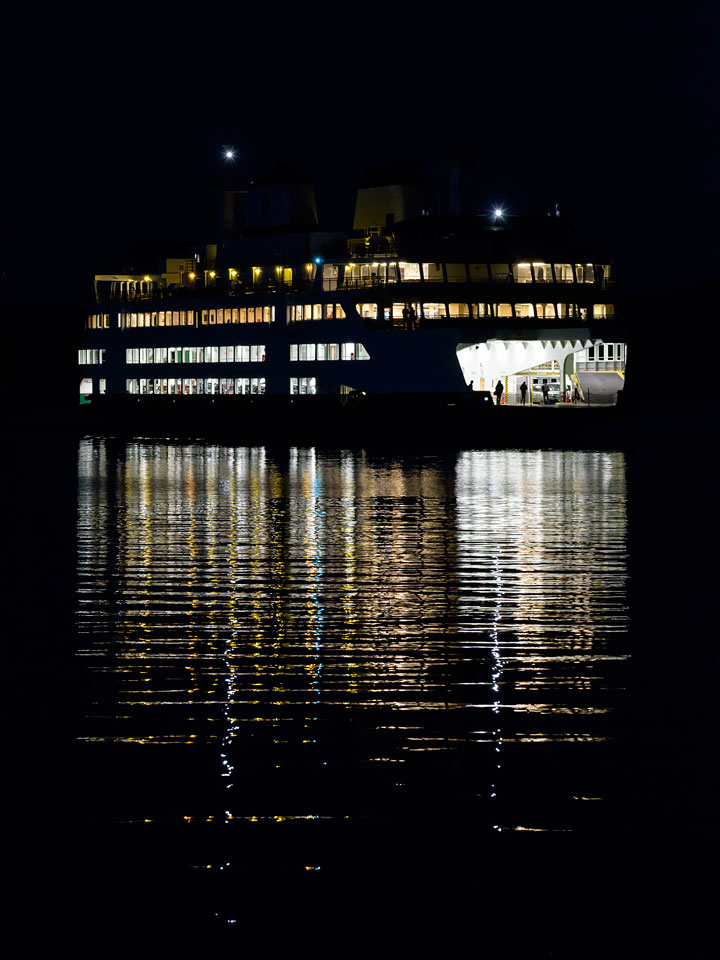 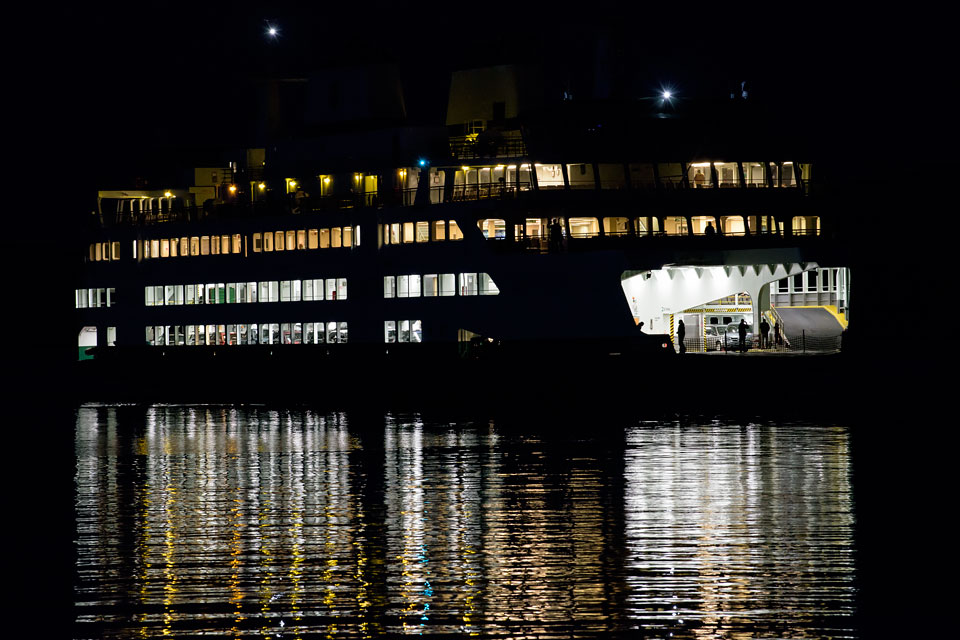 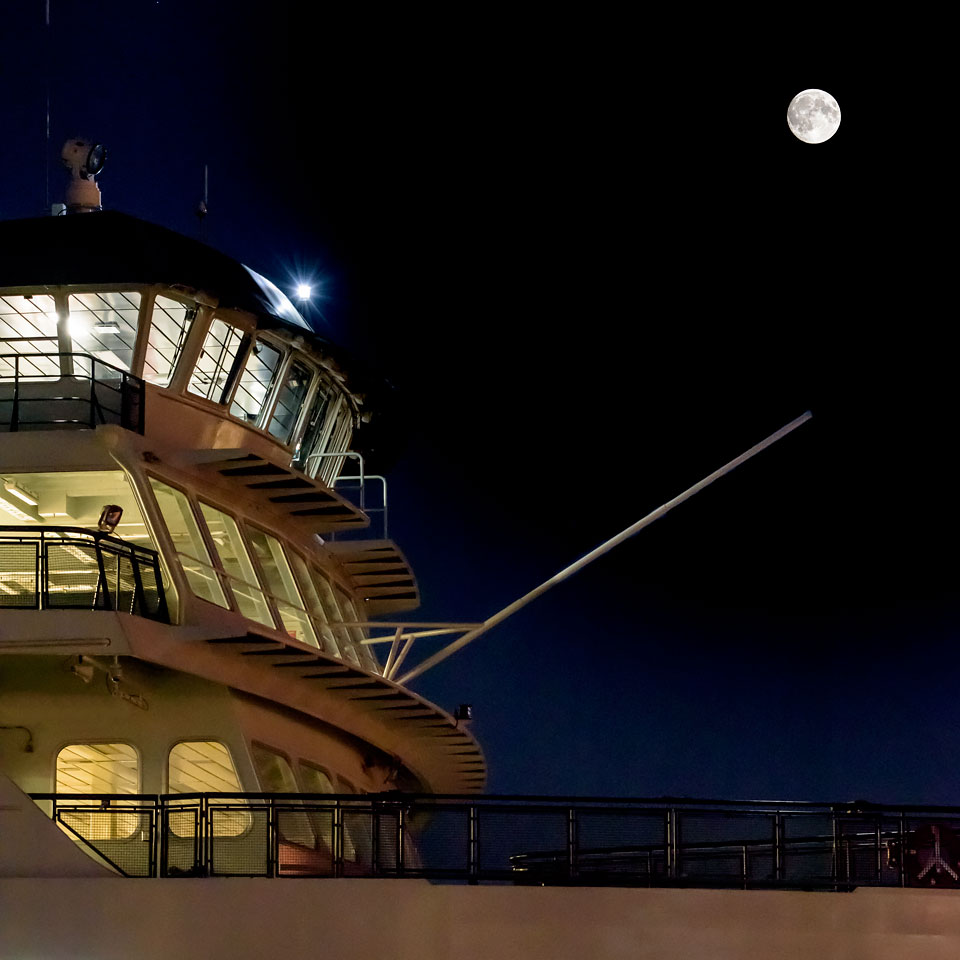 The photos above were actually from a practice shoot of mine for the next night, September 27, the night of the blood moon. The sun set a bit later on that night, so I got to shoot the ferry in the not-quite-dark for a different effect. Here again, for the final photo, a shot of the moon at the same size was pasted into place in the exact position it appeared in the original photo. 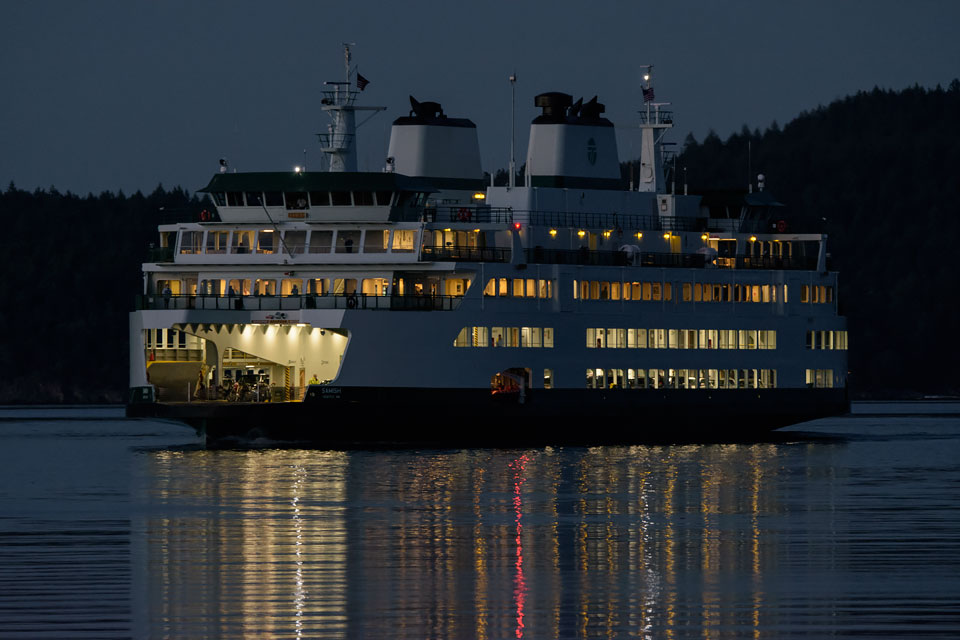 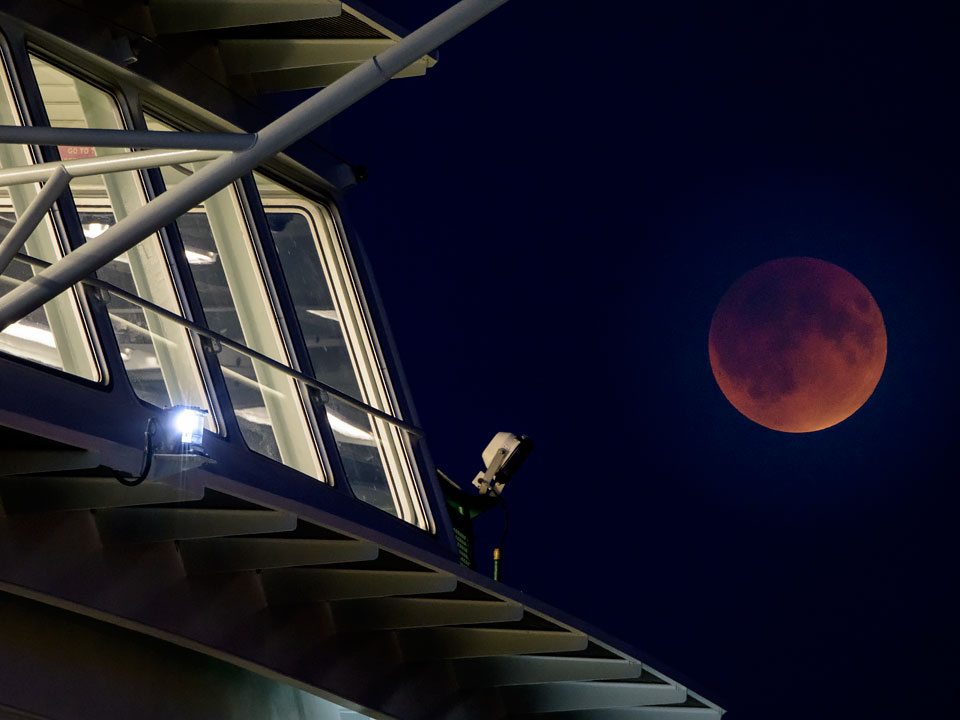 Finally, here are a few detail shots -- a name sign, the anchor, and one of the towers. Notice the twin horns on the tower. These are what produce the Samish's distinctive two-tone blast -- the only one heard in the San Juan Islands. When we hear that, we know it's the Samish! 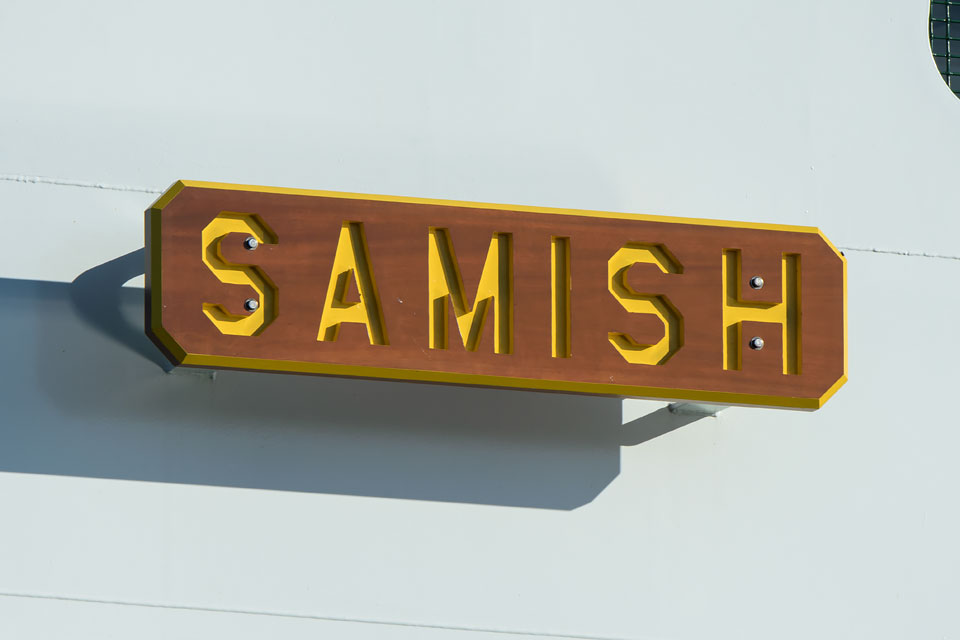 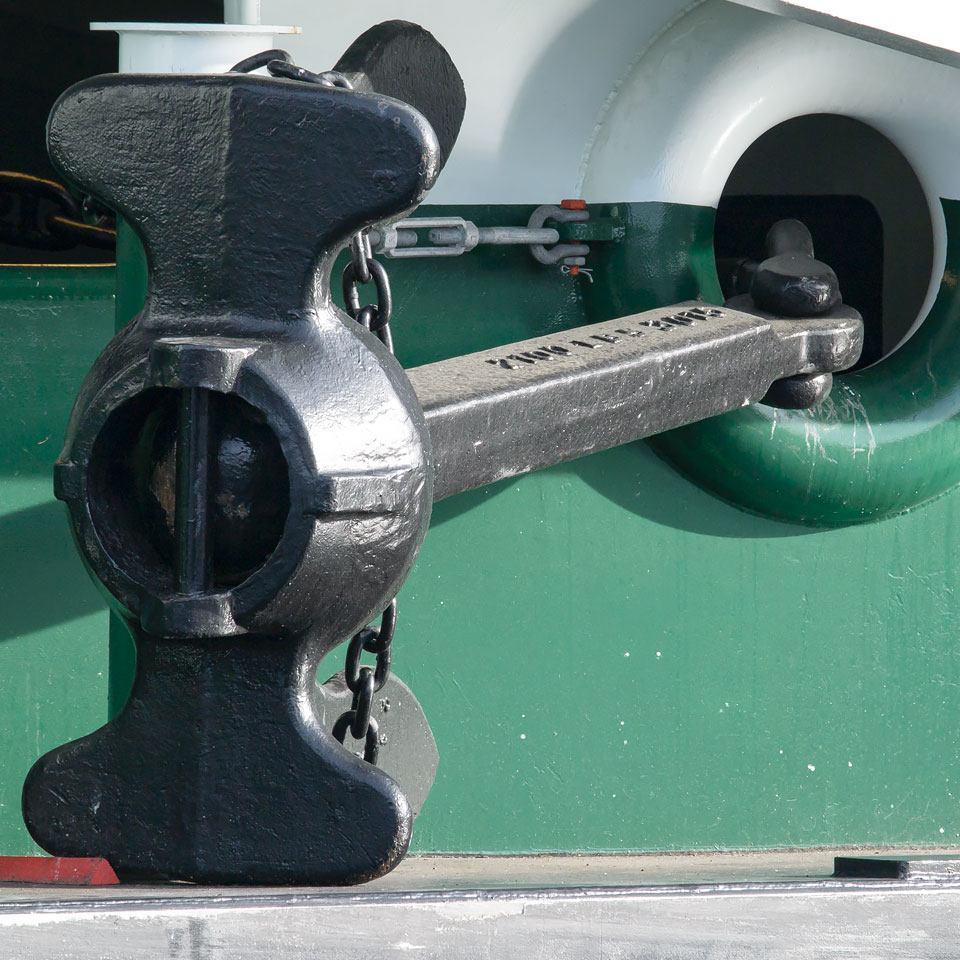 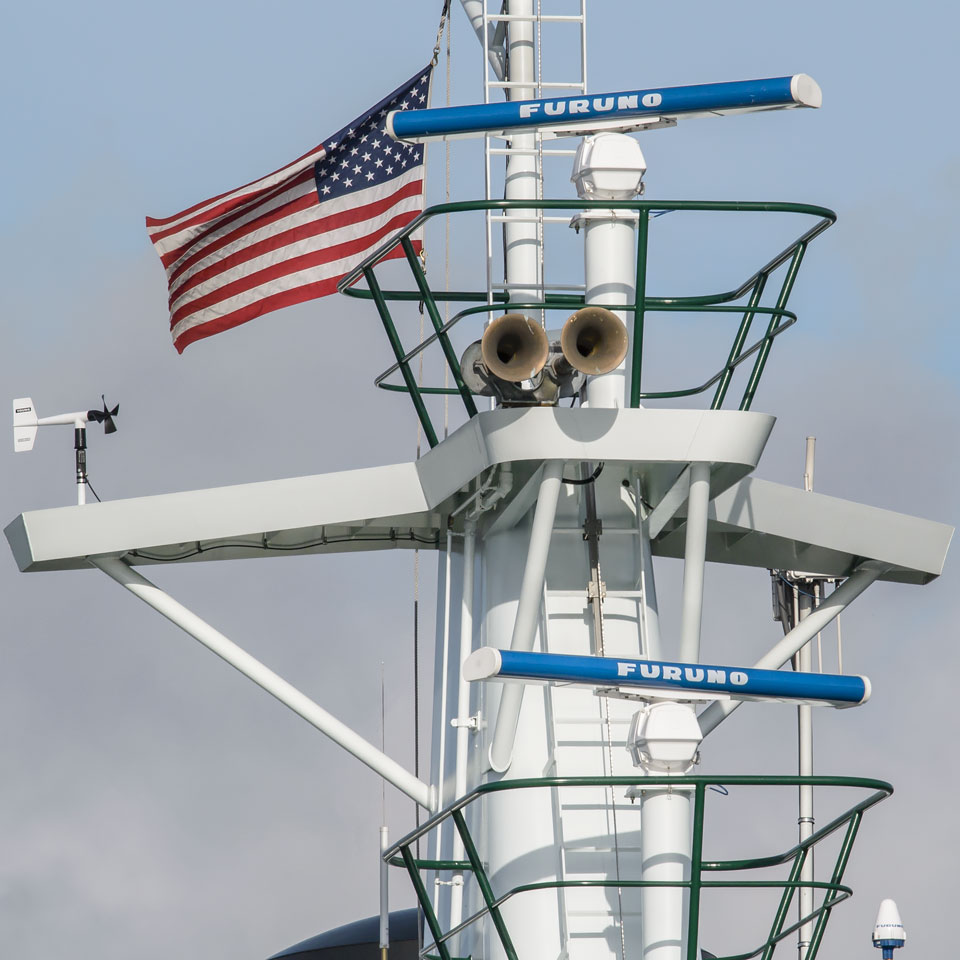 Posted by Aaron Shepard at 9:56 AM No comments: